What is Forced Arbitration and Why is it Generally Bad for Consumers?

Do you read the fine print before signing agreements on-line such as putting a loved one in a nursing home, consent forms for surgery or emergency treatment or employment agreements?

“Forced arbitration clauses are found in fine print in contracts for bank accounts, student loans, cell phones, employment, nursing homes and more. These clauses deprive people of their day in court when a company violates the law, forcing victims into a system that is often biased, secretive and lawless. Forced arbitration clauses often contain class action bans that prevent either a judge or an arbitrator from seeking or addressing the full extent of a company’s wrongdoing. Forced arbitration frequently completely blocks any relief and operates as a get-out-of-jail-free card. “, according to the National Consumer Law Center (NCLC)

On November 4, 2021, Glenda Perez, a victim of discrimination testified in the House Judiciary Committee about her distressing, four-year long, experience with forced arbitration with her former employer, CIGNA. 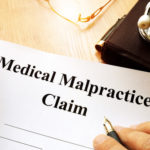 Continue Reading
- JH
Have a Question About Your Case? Call Us Today:
Office Hours
Hours of Operation